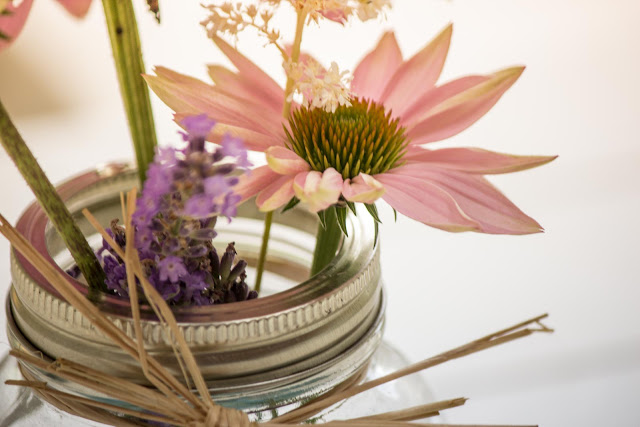 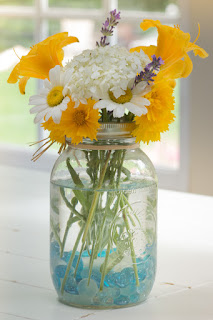 I have already used the vase for a picture earlier in June, when the flowers in my gardens were yellow and white, now it's time for the coneflowers and bee balm. Today I worked from home and during lunch I quickly cut a few flowers and found a naturally lighted spot on the table. The close up above was used for the flickr 365 group and I used the flowers below for today's cy365 prompt. I liked the dark black ground and wanted to add texture to make it artistic. 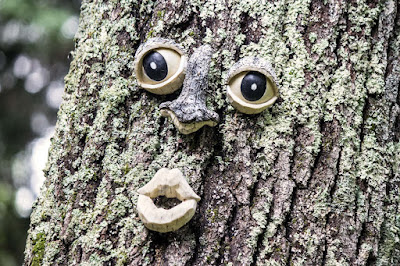 Where have I been? Working, working, working.....I manage to get the daily picture taken but there's not a lot of creativity. I continue taking pictures to practice. All of my photos are in my flickr albums. If you know me, then you know how to get to the photos. I will try to at least post once a week for a few of my favorites of the week.

When I upgraded Lightroom, I upgraded to the Adobe creative studio which includes photoshop. This means I have more tools to learn that will help improve my photos. See the nails in the face picture to the right? So easy to remove in photoshop and that's just a tiny bit of what can be done in photoshop. Another learning experience, but it has already come in handy on my work computer since I have a couple of pages that I need to maintain on that site.

The challenge to getting my pictures done each day is the light. Taking pictures in the early evening doesn't provide a lot of light to be able to use fast speeds for hummingbird pictures. But considering the lack of light, at least I now know how to make changes to the settings to at least get the humming bird in focus. 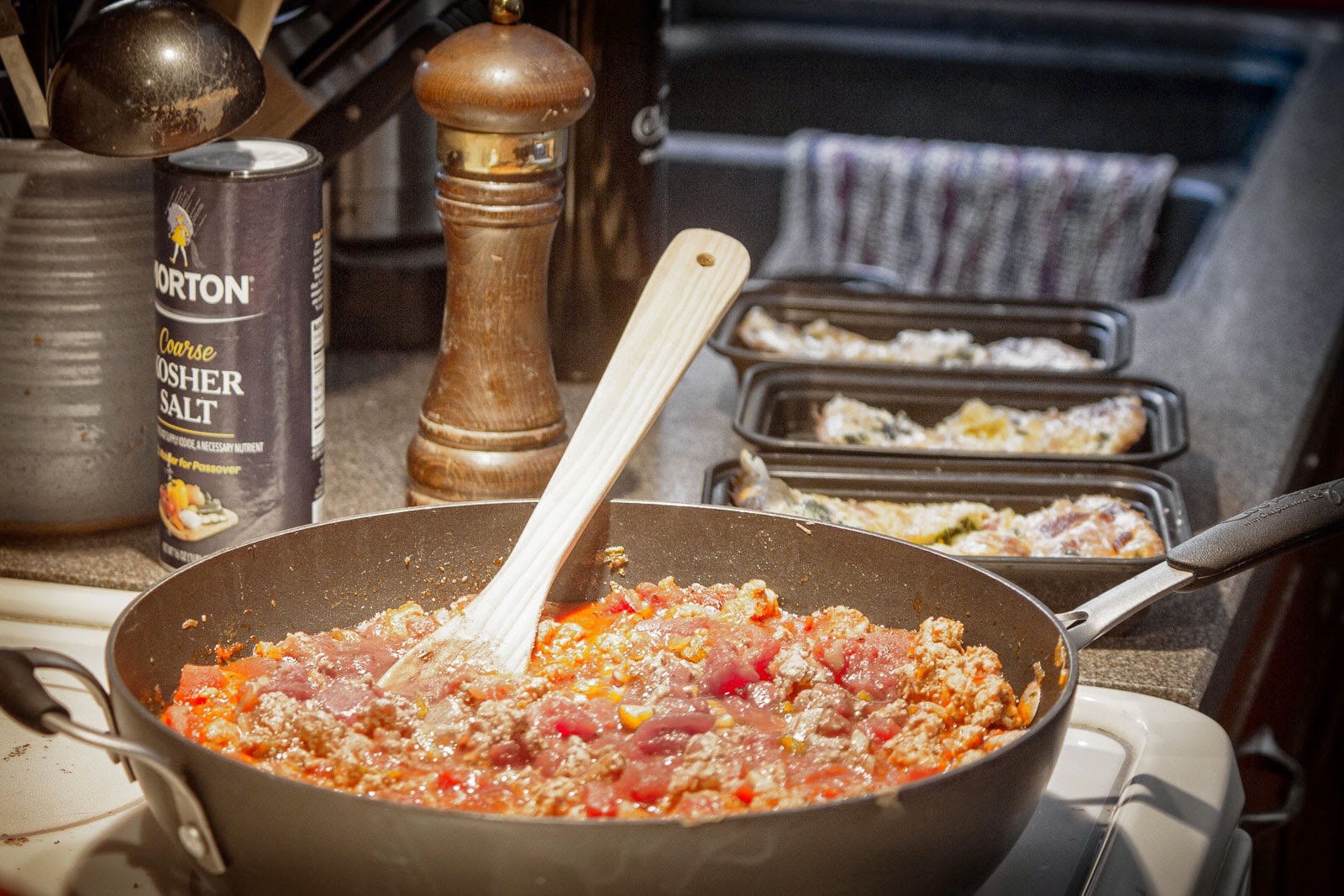 Today's prompt was screwed up for the first time, the list said Anticipation while the email prompt was about letters/snail mail/ SWAK. I went with anticipation since it fit with my mood for the day. Not sure what the week will bring with my Dad's procedure on Monday, so I cooked American chop suey for my family here and to bring some of it down with me for a quick meal or two. I also made a Bisquick quiche with baby spinach and the end of a bag of cheddar jack cheese. The quiche are in the background already to go for lunches this week. 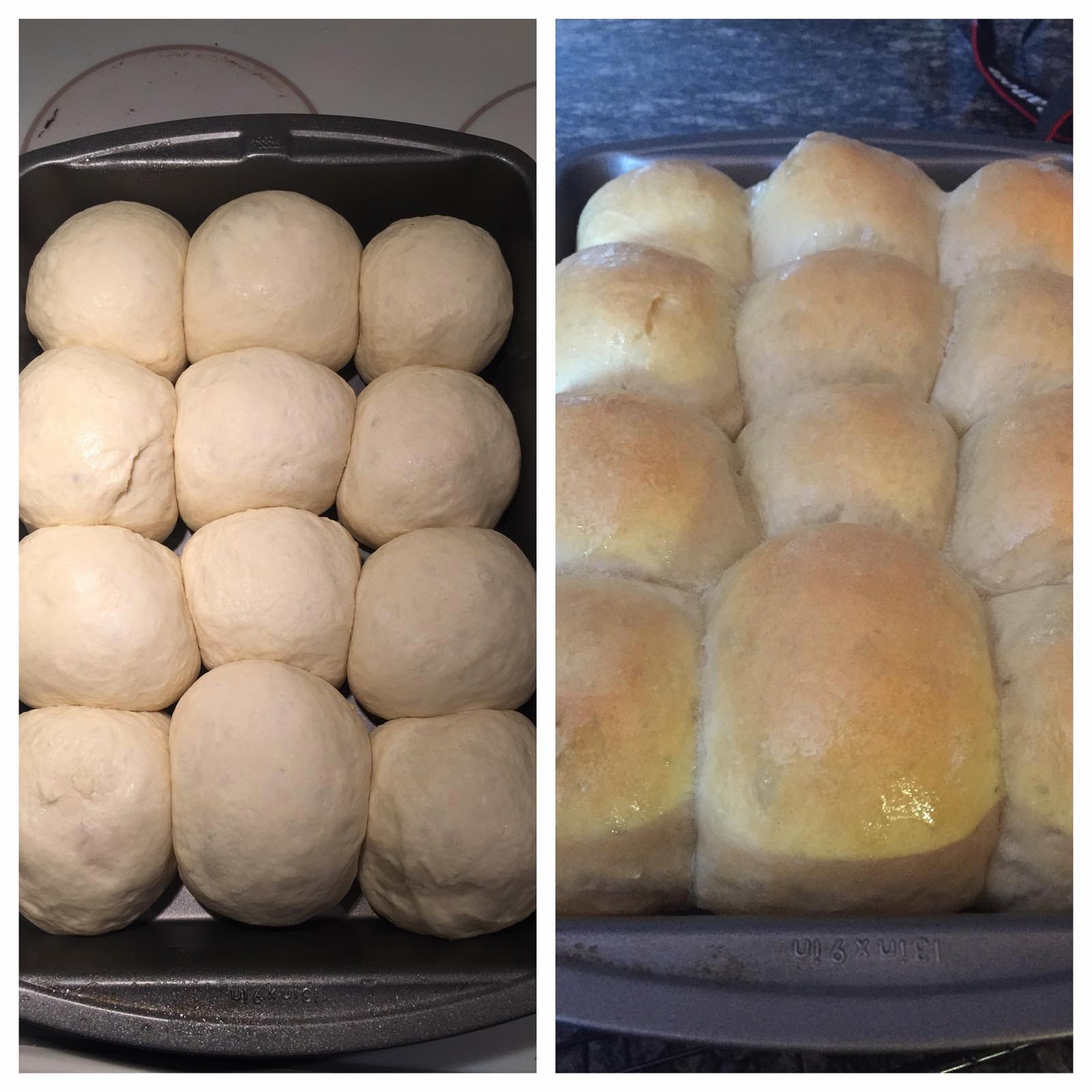 For dinner, I bought a pot roast to cook in the crock pot with an envelope of Lipton Onion Mushroom soup and a can of tomatoes. Initially, I thought I would do bbq beef with it, but then decided to go for the regular meal, minus the vegetables in the crockpot. I don't like how mushy they get. For sides, I cooked mashed potatoes and carrots on the side. The best of the dinner for me, was the rolls that I made. Instead of 20 small rolls, I made 12 large rolls which were of course delicious, with all that butter, why wouldn't they be?

My husband finally made it home after a delay today in Baltimore. He had a great time at the Maroon 5 concert last night in Nashville and got a fantastic seat 7 rows back from the runway section of the stage. It appears that you can get a ticket for a concert for the original ticket's price on the same day at the box office as long as you are a single.

Here is the last Rat eye view picture of the week, instead of a cat, the cat's toy.
at 10:50 PM No comments: 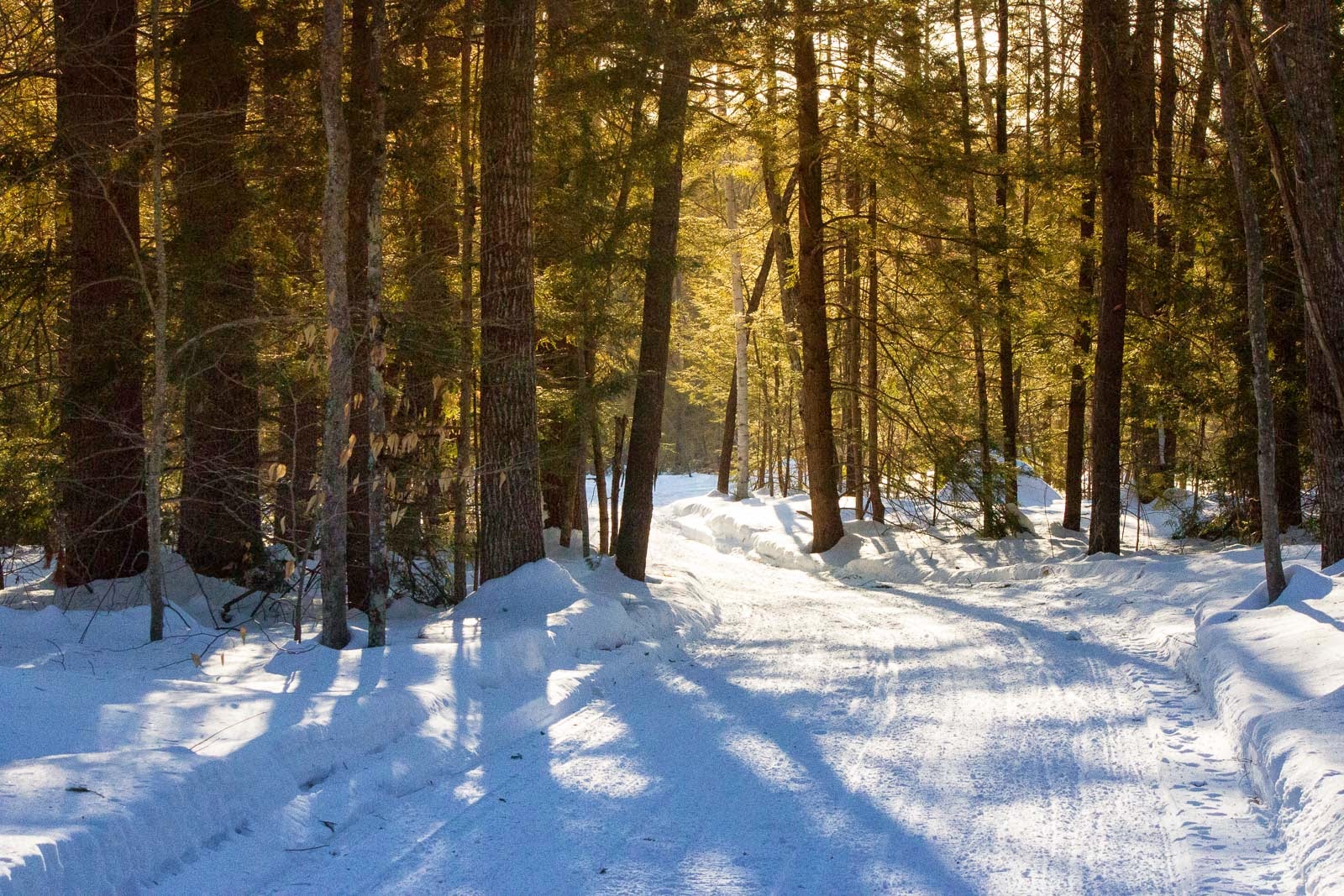 It was a good thing that there was an outside prompt today, since I needed the incentive to go for a walk. I should have gone cross country skiing, but as bright as the day was, it was still cold.  I did do some extra processing in Perfect Photo suite with this shot to highlight the colors. This is what the lighting originally looked like: 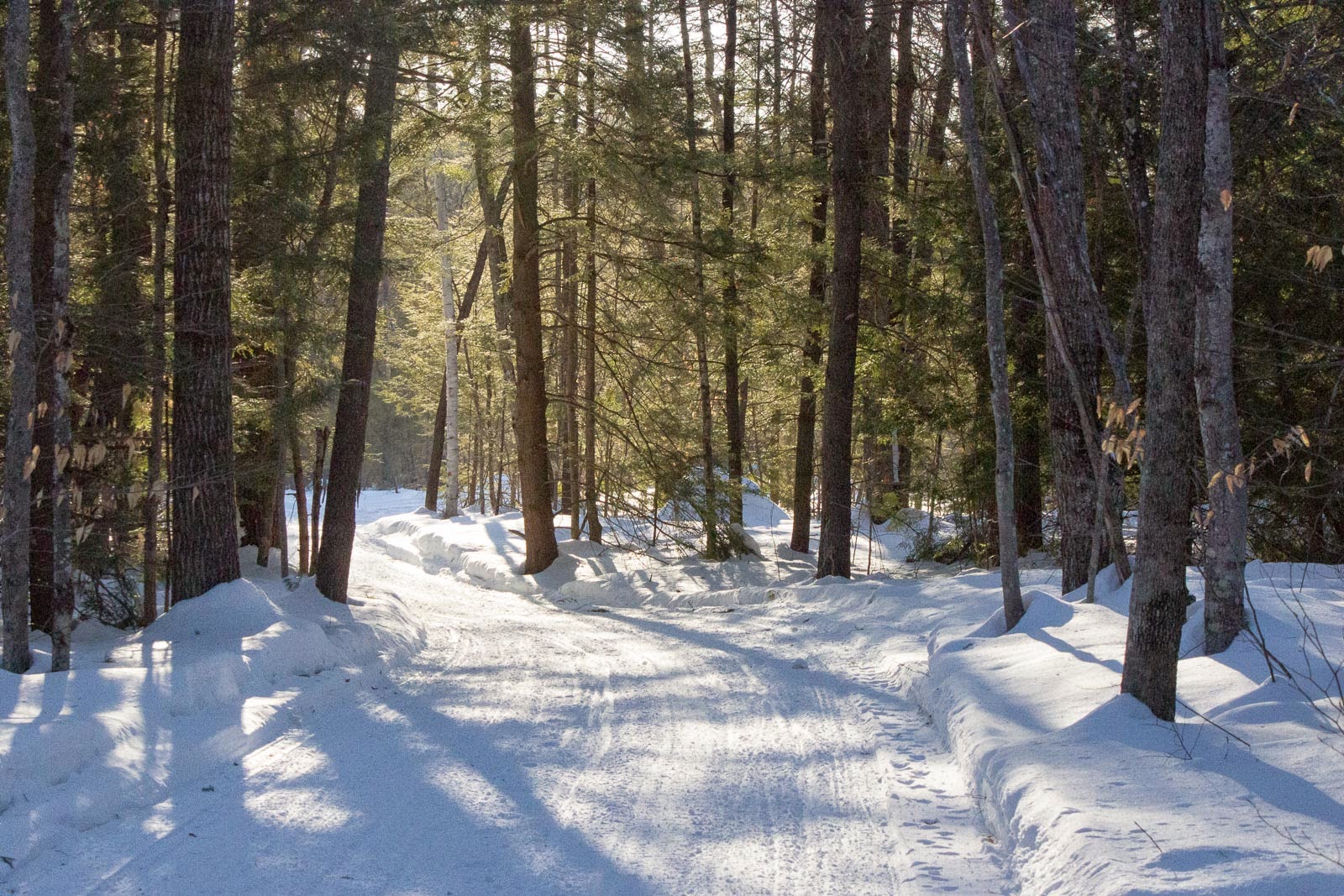 I started off with pictures around the house and this one with fence ended up as my flickr shot. I had tried a ground shot and didn't like it, but I liked this picture with 1/2 of the fence showing. Black and white just seemed to work for this shot. When the snow melts, it will be interesting to see if the fence will remain upright, this section is not very steady.
Scenes around the yard 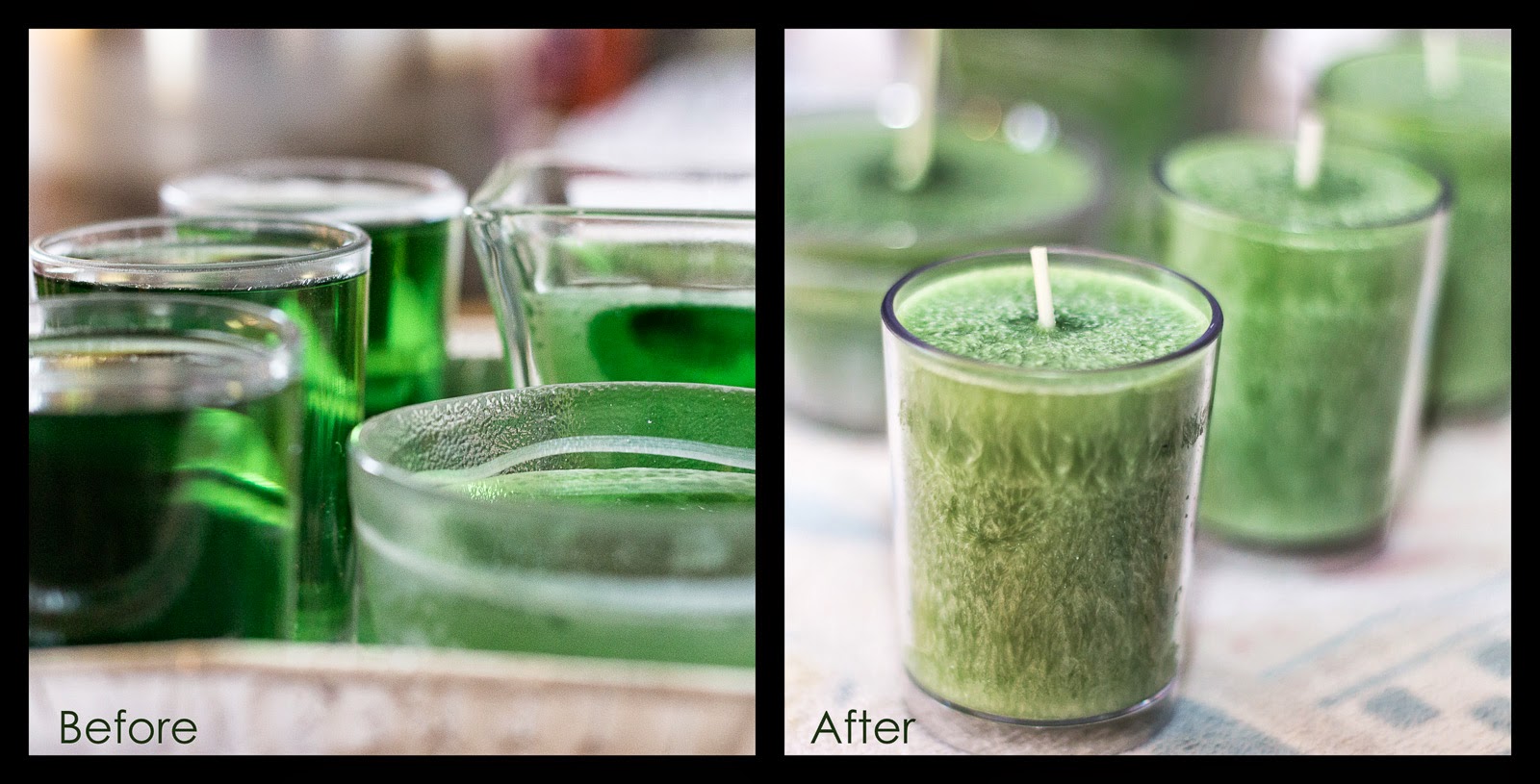 Another day, another non prompt photograph. Today I made candles with the candle making kit that my son gave me for Christmas. The joke at Christmas is that I always get candles as a gift, it appears to be their go-to gift for me. I do like candles and my middle guy thought I would like to make candles, since I like crafty things. After reading the directions, multiple times, I was not thrown off by the helpful hint of "Have available a good candle making book for reference and additional safety precautions". The process was easy and I would like to get more wax to make more. The kit came with metal pourer that fit a large pan of water and the wax melted quickly. Once poured, it was easy to put the wicks in and then let it sit. The candles slid right out of the votive holders after three hours of setting.

It was a fun, busy day. I got up early and baked blueberry muffins with a recipe that was for a cake, but instead of vegetable oil, I substituted butter and voila, muffins!  I went over to S's this morning for breakfast with Amy and her two kids. It was nice to catch up and the morning flew by.  After such a nice afternoon yesterday of cross country skiing, I had thought I would go again by myself, but it was too cold. I then thought that I could get the snow blower up and clear up the path that got filled with snow from the roof last week, but after hearing from husband who is now stuck in Nashville until Saturday due to weather in Chicago, I decided to hang out inside. It was a better day for knitting and making candles then being outside in the cold. 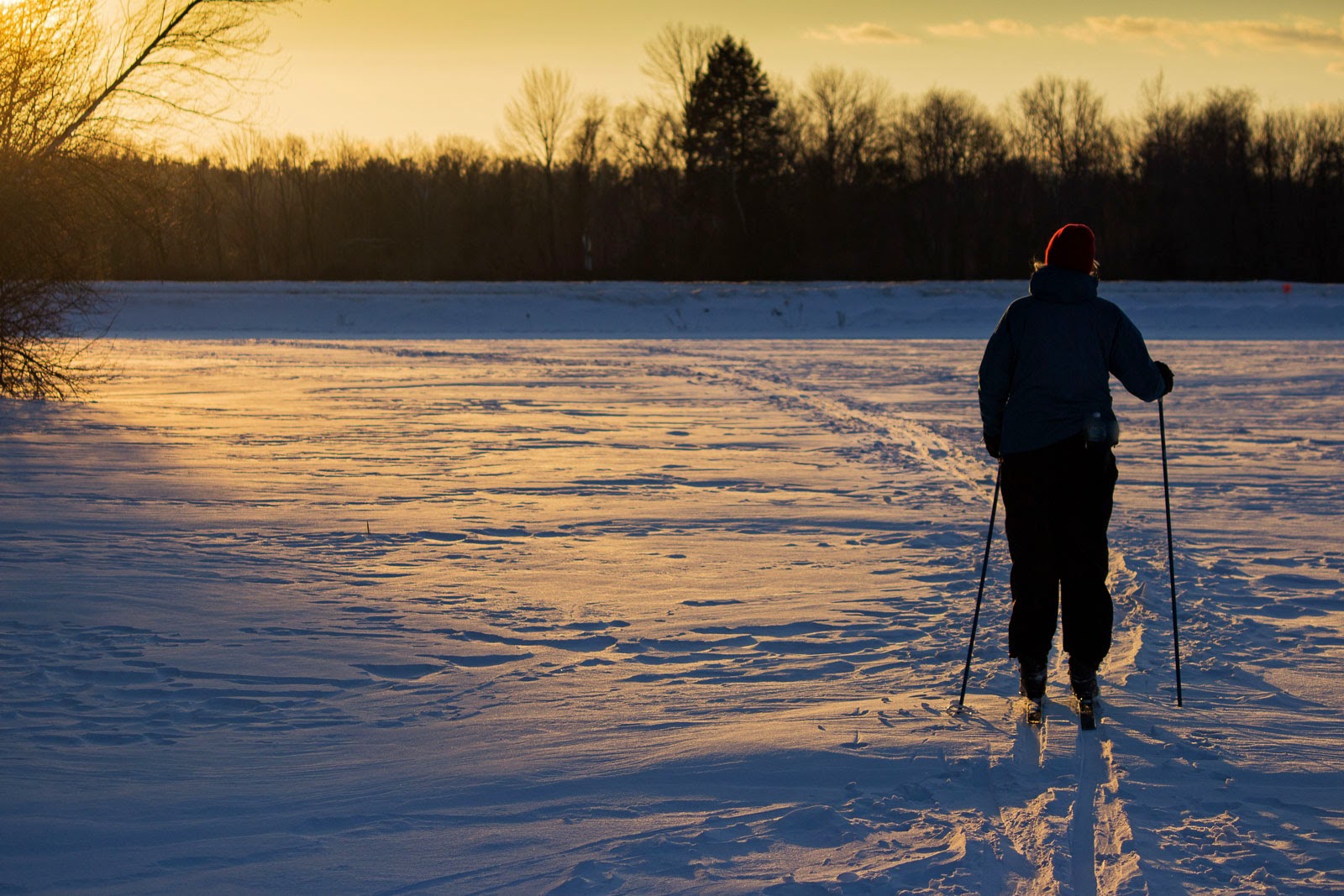 Another day of not following the prompt and I am honestly hitting a slump with the Capturingyour365 this week. Not feeling the mojo with the community and have decided to just take what I want for a daily picture. This afternoon I went out cross country skiing with my friend K at the farm. It was a beautiful afternoon and the light was great for photography.

It was a balmy day with temperatures over 30 degrees. The sun even caused the ice to fall off the front of the house. We go from minus 17 to 30 degrees in 24 hours, from frozen quakes during the night to ice falling off the roof. Plenty of noise and I wish I was home when the ice fell, would have been loud but worth it to see the scaredy cat skulk through the house when it fell. we were just lucky that no body was on the walkway. 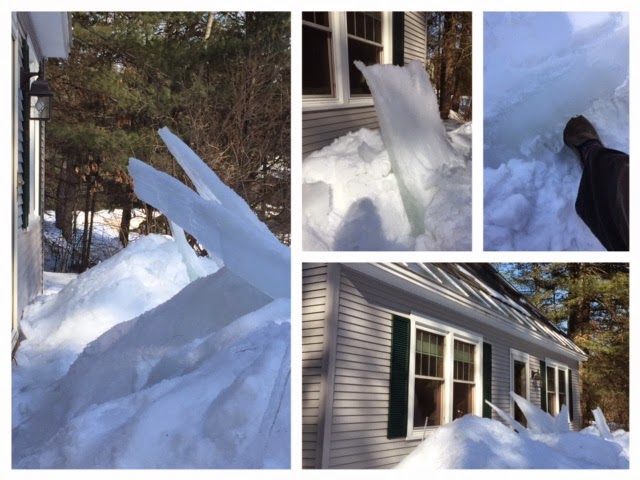 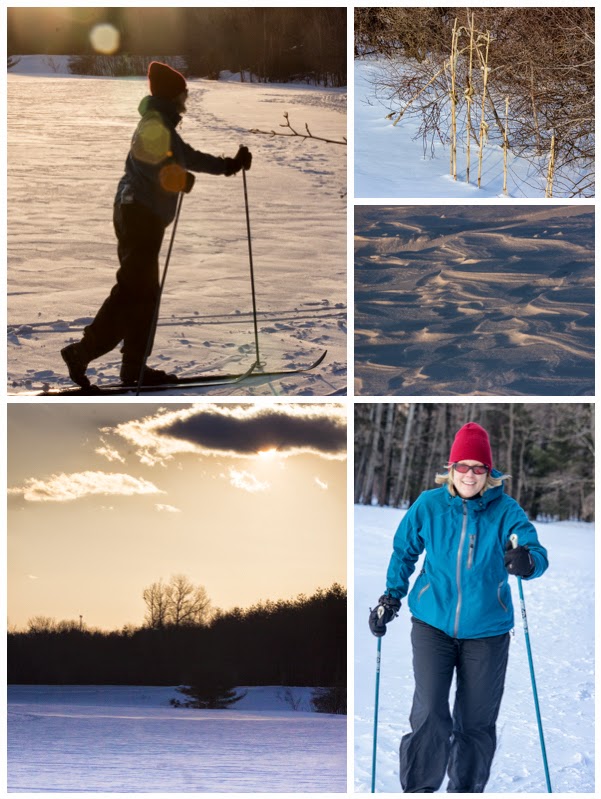 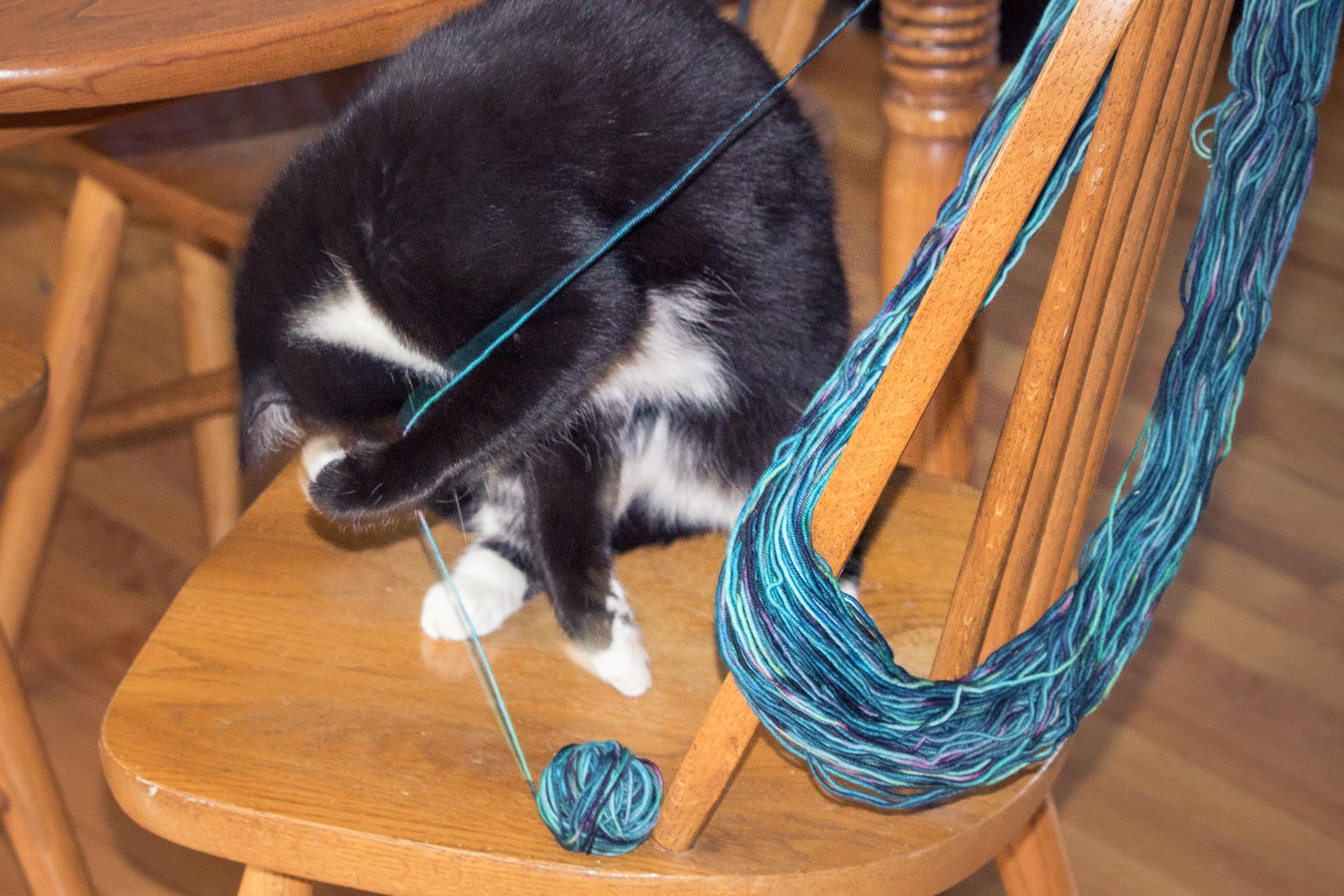 When I read the prompt for today, I didn't know what I was going to do for a subject. Some people posted pictures of themselves jumping or their children. It wasn't a jumping day for me, just not feeling it. After finishing the knitted cowl the night before, I was ready to start another project. This yarn was bought as a large hank and needed to be rolled up to make socks. It's easier to do when you have another set of hands and I used the chair to hold onto the skein of yarn. Out of four cats, only one of them became intrigued by the moving yarn. When I got the camera, she even tossed the ball on the ground. 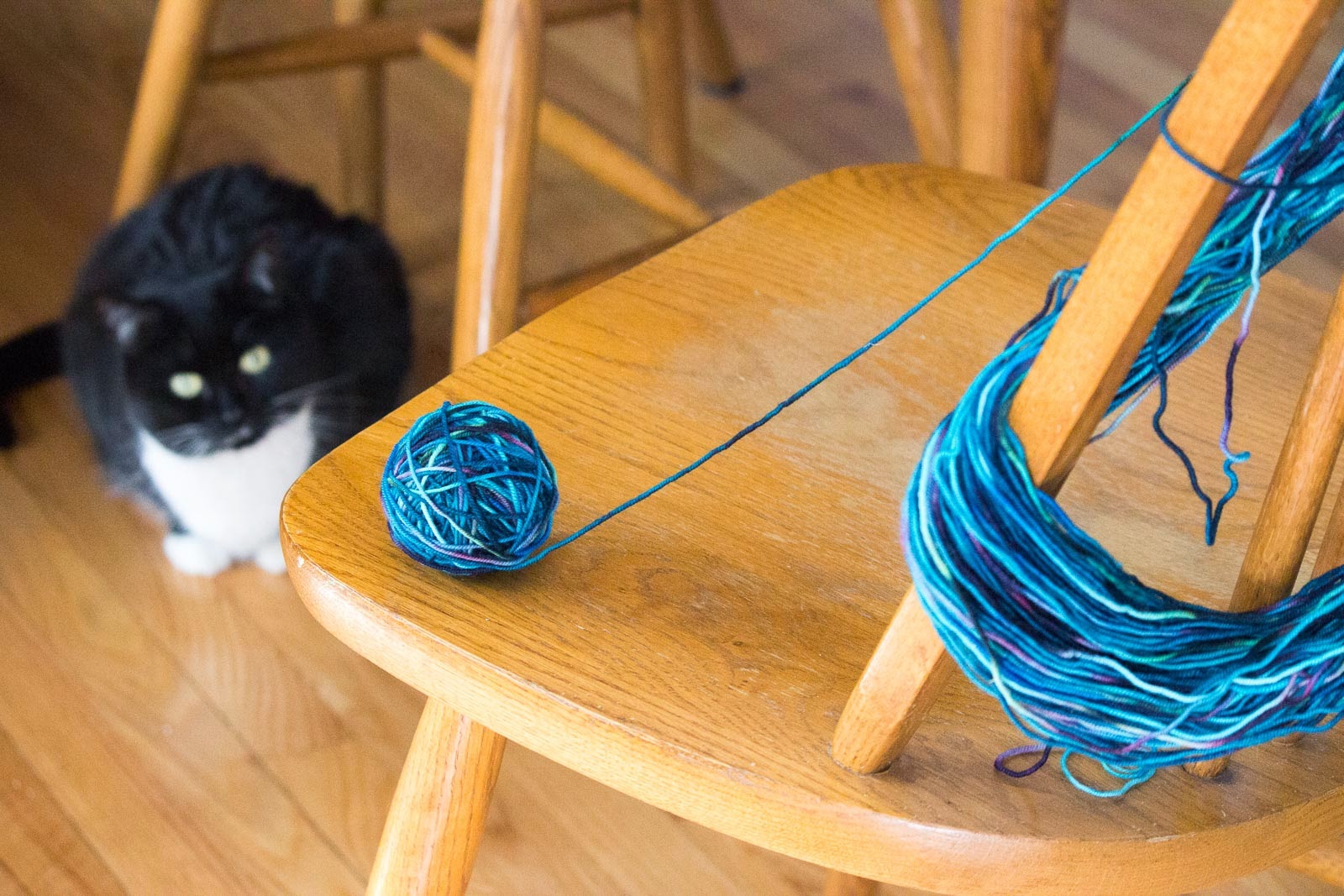 Online musings of a 50 something woman going through the transition years with one patient husband and three boys. Interested in all things medical, political and always looking for another good book to read. Participating in Capturing your 365, my camera is always close by. Quote to live by: "Maybe the Hokie Pokie is what it's all about."View my complete profile


Interested in purchasing a print? Click on the dolphin image below for link to my Zenfolio portfolio!